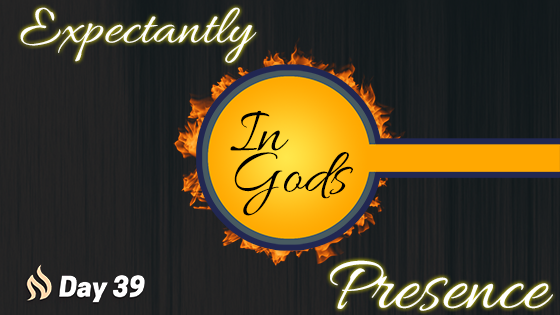 And there was a prophetess, Anna, the daughter of Phanuel, of the tribe of Asher. She was advanced in years, having lived with her husband seven years from when she was a virgin, and then as a widow until she was eighty-four. She did not depart from the temple, worshiping with fasting and prayer night and day. And coming up at that very hour she began to give thanks to God and to speak of him to all who were waiting for the redemption of Jerusalem.

Alone for 60 years, yet not alone. One could easily speculate how Anna felt when her husband of but 7 years suddenly died. Luke provides little detail. Widows were frequently forgotten, neglected, uncared for, bereft of support. Vulnerable, powerless, often taken advantage of. Apparently there was no brother to step in and raise up offspring for Anna’s husband’s name. Thus no children. She lived mostly alone for 60 years.

But, apparently, not alone. Somewhere in that six decade stretch, she began a habit of hanging around Jerusalem’s majestic temple. She learned to worship. She discovered fasting sharpened her awareness of God’s presence. She found herself praying the Psalms, perhaps even reading and reciting the Prophets. Anna became consumed in begging God for the redemption of David’s city. For God to fulfill what the Prophets promised…though quite aware of the unholy alliance between the Priests and the Politicians. Were her prayers useless?

She had been in God’s presence daily, an unnoticed nobody daring to plead once again, and yet again, with the Almighty for the arrival of redemption. Her cry, “Perhaps today?” And then…she saw an infant boy, especially blessed by Simeon. God, in whose presence she lived, finally said “Here, my daughter…take a good look. And, spread the word.”

Blog for Experience His Presence 63-Day devotional on life question #2, did God make my day?