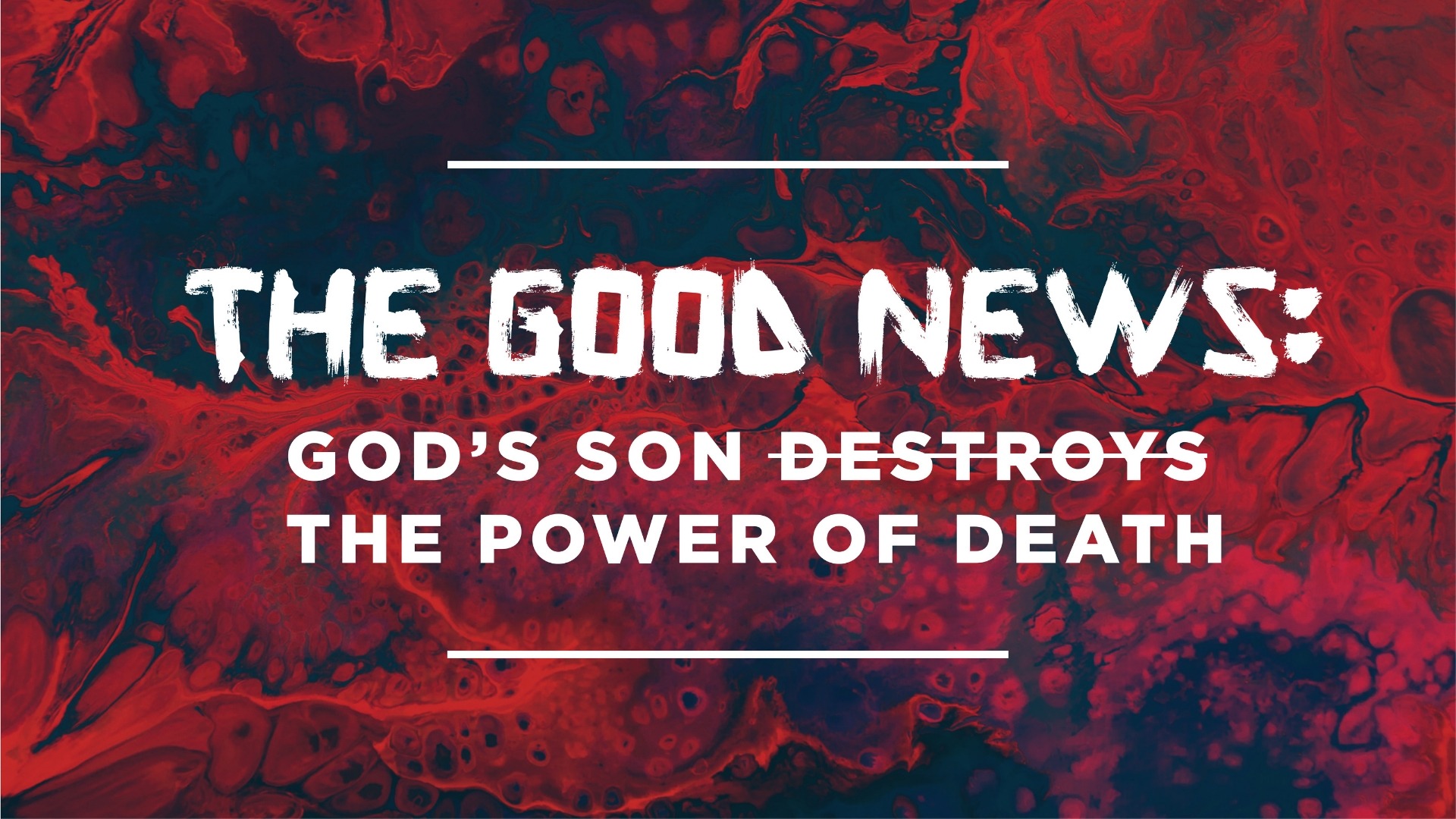 Since therefore the children share in flesh and blood, he himself likewise partook of the same things, that through death he might destroy the one who has the power of death, that is the devil, and deliver all those who through fear of death were subject to lifelong slavery. For surely it is not angels that he helps, but he helps the offspring of Abraham.

It’s an extraordinary idea. The assertion that the Author of Life was willing to personally experience the cessation of it. And not merely, in becoming a human being to finally die of old age, but to succumb to a brutally violent assault designed to destroy His (human) life when His life was in its prime.

The human soul is housed in “flesh and blood,” and since the sin of Adam and Eve, all flesh-and-blood dies. The devil successfully ushered humanity into sin and its inevitable consequence (death). As Billy Graham once observed, “War doesn’t produce more death, it simply accelerates it. One out of every one human beings die.”

God’s Foe delights when life surrenders to death. His agenda is “steal, kill, and destroy” (John 10:10a). The devil loves when death’s prospect produces enslaving dread; He feels the rush of power in execution.

So someone needed to take him and his power on, once and for all. The devil himself needed to be destroyed. That someone was the Lord Jesus. Taking on flesh-and-blood, yet without sin (i.e., not deserving death), Jesus died in our place. But then, this flesh-and-blood Jesus was raised from the dead. The grave became God’s seedbed for hope and life. “Death is swallowed up in victory!” (1 Cor. 15:54). “Thanks be to God who gives US the victory through our Lord Jesus Christ” (15:57).

Are you enslaved by the fear of death? Let the Lord Jesus Christ unloose the chains, and set your heart (and life) free. Your worst enemy and his worst weapon both have been destroyed. A resurrected, living Jesus extends His helping hands to “the offspring of Abraham;” that is, to those who like Abraham believe (cf. Rom.4:22-25) God in Jesus defeats death.

Has God Sent the Coronavirus?