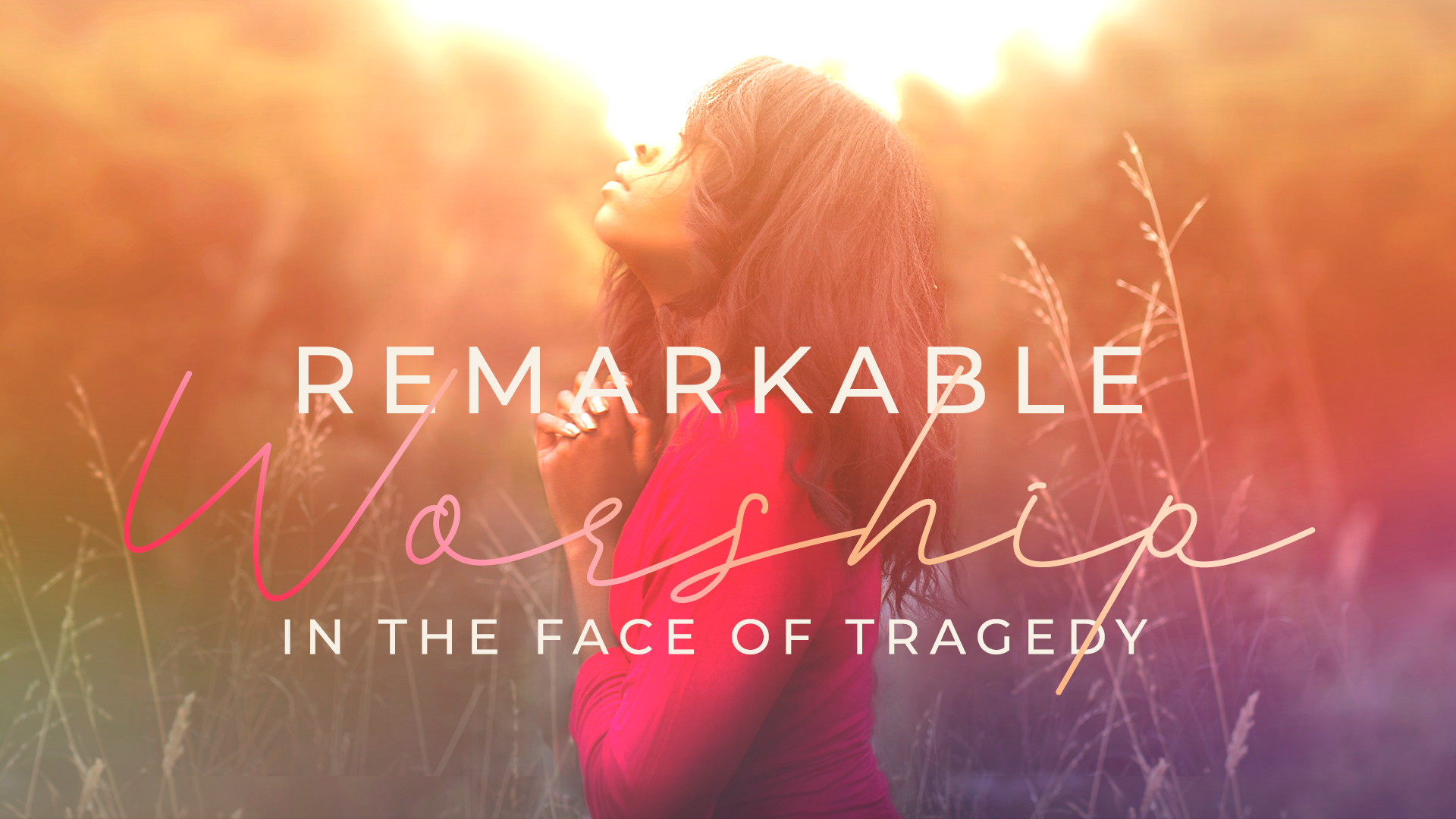 Then Job arose and tore his robe and shaved his head and fell on the ground and worshiped. And he said, “Naked I came from my mother's womb, and naked shall I return. The Lord gave, and the Lord has taken away; blessed be the name of the Lord.”

In all this Job did not sin or charge God with wrong.

From this ancient description, it appears that Job took the cascading reports of his staggering losses sitting down. How long it took to process it all, we are not told. Finally, however, he stands.

His garment, unique in fabric and style because he was a man of public distinction, he takes from around his shoulders. Symbolically, he shreds it. To enter into mourning, he shaves his head before laying prostrate on the earth. Perhaps reeling in shock, Job’s posture indicates he grapples with the reality that he has been thoroughly taken down. The losses flatten him.

Then he speaks. One might have expected anger, wailing, heaving, outbursts. A flood of frustration in that prizes and power have been ripped from his portfolio.

Instead, remarkably, what one hears is worship of the humblest sort. A God-fearer who already, at some previous season in the development of his heart’s world-view, had settled the issue of his utter dependence on God for everything. “I came into life naked; I will leave this life naked. In between, the Lord is free (i.e., sovereign) to give or to take as He sees fit.” He gives everything, we only borrow (and, called to righteously manage) all that is always His.

The earth is the Lord’s and the fullness thereof, the world and those who dwell therein (Psalm 24:1). Job’s song is simple — regardless… blessed be the name of the Lord. Refusing to curse God, as Satan had counted on, Job chooses to do the exact opposite. He speaks blessing on God’s name. He chooses to wrap God’s name in the favor of his worshipful praise.

When “the going gets tough”…well, perhaps “the tough get going.” Better said -- the one walking before God in the toughest times, chooses worship.